Allowing a Lender to Cross Collateralize Against Additional Property 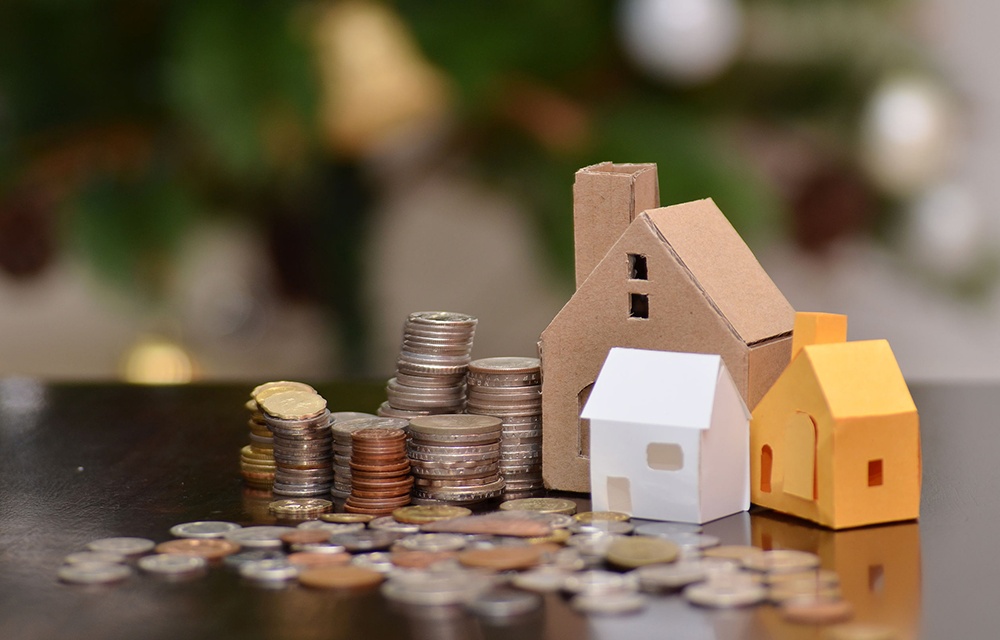 There are times when a lender is going to ask for additional [real estate] collateral in order to make a borrower a loan. The most likely scenario for this is when there is not enough equity in the target property. Other scenarios include a borrower with less than stellar credit, or the type or quality of the target property may not be enough to satisfy the lender to make the loan, as most lenders are more interested in making loans that will pay them back instead of facing foreclosures. For this reason, the lender may ask the borrower to put up additional collateral satisfactory to the lender so as to give the borrower an incentive to avoid defaulting on the loan.

In many cases, this cross collateralization may not be something the borrower worries about, as the borrower intends to pay the lender in full. The general plan is for the borrower to refinance the target property at a point where a new lender does not require cross collateralization, pay off the existing lender, and the existing lender releases both properties; however, what happens when the borrower sells the crossed property, or has the opportunity to refinance the target property, and there is not enough to pay off the current lender who crossed?

The danger here is that the lender may hold up the sale because it does not want to release their lien until they are paid in full. For example, let’s say the borrower owns a rental house that is worth $500,000 and there is a first mortgage in place for $200,000. The borrower wants to buy another rental for $800,000 and has $250,000 to put as a down payment. The borrower asks a lender to loan the remaining needed $550,000, but the lender is not comfortable with the LTV [68.75%], so the lender asks what other real estate the borrower owns, so it can cross collateralize its $550,000 loan. The borrower mentions the other rental, and the lender decides to ask for crossing on the first rental. Thus, the lender has lowered its risk because of the equity in the first rental. 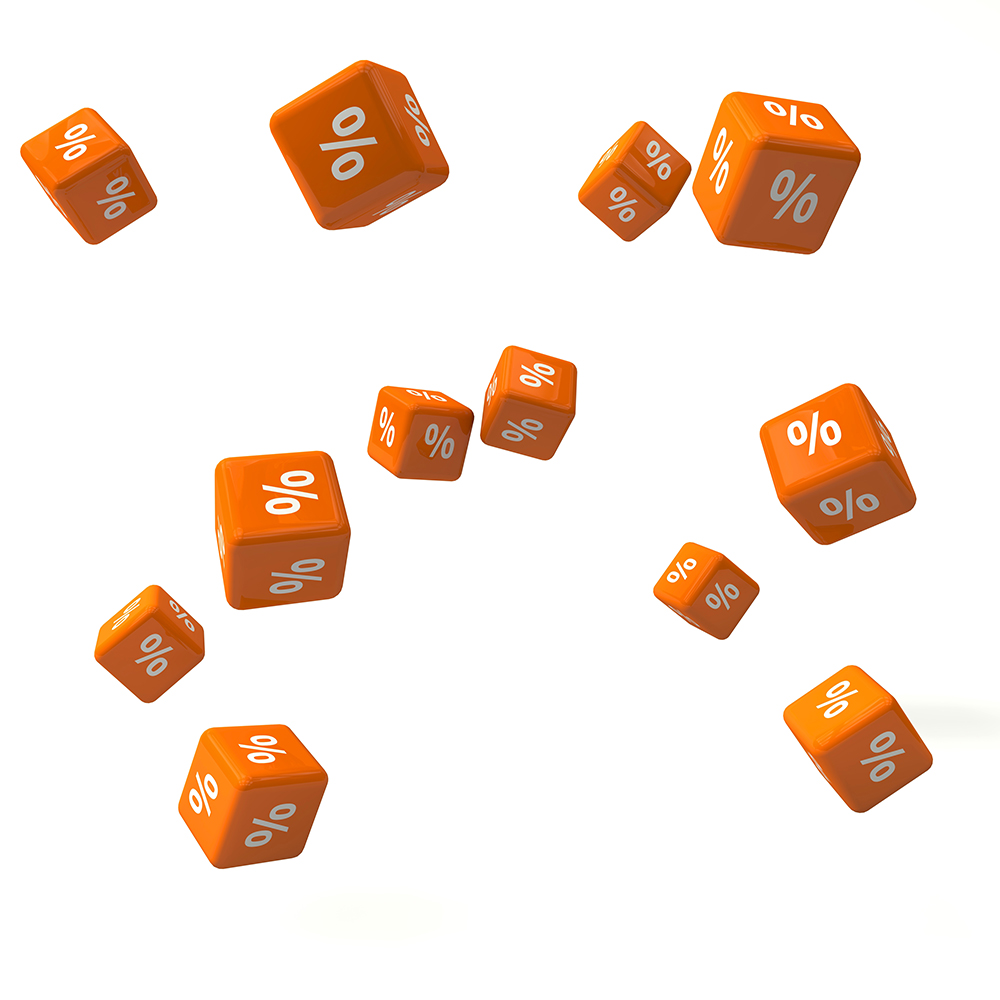 Now, let’s say that the borrower receives an unsolicited offer for the first rental of $525,000, and he wishes to accept it. If there was no cross collateral against this property, the borrower could accept the offer, pay off the existing first of $200,000, and pocket the $325,000 remainder. However, because the rental has been crossed, the lender has $550,000 against the property in second position. That means that there is technically $750,000 of liens showing up against the property. The borrower cannot accept the $525,000 offer without having the second [the crossed loan] release its lien.

For this reason, it is imperative for there to be an agreed upon release price in which the lender agrees ahead of time to release its interest in either properties for a specific sum. It does not necessarily have to be just the remaining equity in the first sale [$325,000 in our example]. The release price could be a smaller amount. It could also be a larger amount [up to what the lender is owed]. If the lender desires more than the $325,000, the borrower would have to come up with additional cash in order to transact the sale. This may not be all bad, as the crossed lender’s loan has then been reduced.

For example, if the crossed rental was sold at a 5 CAP rate, and the crossed lender’s interest rate was 7%, the borrower may choose to sell the rental and come up with money to satisfy the lender should the lender want more than the $325,000 net proceeds from the sale. In other words, there are times when it makes economic sense to come up with money in order to sell property. Another similar scenario like this occurs when there is a blanket loan covering multiple properties, as is the case when an apartment building has been converted to condos and the owner of the building desires to sell off one condo at a time. A typical lender on the building will usually have release prices [agreed ahead of time] under which the lender will allow each unit to be sold and the lender takes a specific amount [or percentage of each sale] as a pay-down of its loan. 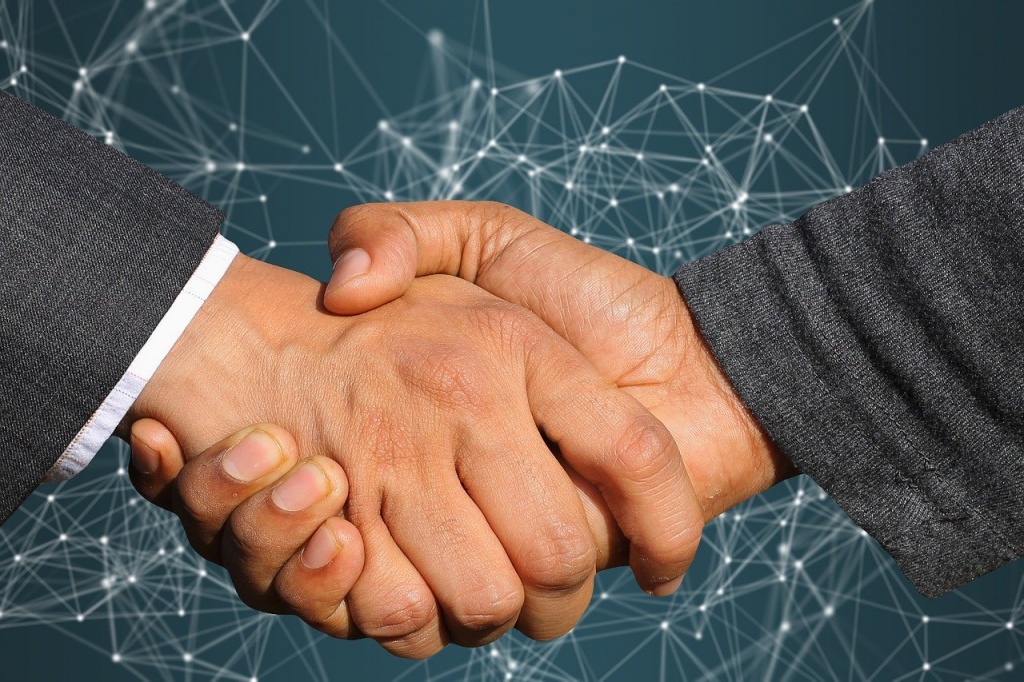 The release price can be negotiated between borrower and lender. Because the lender did not take the new property alone due to the high LTV, many times the lender will reduce its pay-down to where it feels comfortable with a specific amount of its loan on the remaining property. To make this point clear, let’s say that the lender usually makes loans for rental properties at an LTV of no more than 55%. Since the new rental was purchased for $800,000, the lender would be fine with a loan balance of $440,000. Thus, in order for the lender’s exposure to be reduced from its original loan of $550,000, it may be willing to accept $110,000 from the sale of the first rental in order for the lender to release its crossed lien. In this case, the borrower would sell the first rental for $525,000, pay off the first mortgage of $200,000, and pay the lender in second position $110,000 [to release its crossed lien of $550,000], and pocket the rest of the proceeds from the sale [$215,000]. The borrower would keep $215,000 from the sale, and the only debt on the second rental would be the lender [who crossed] of $440,000.

Borrowers who overlook release prices [a specific clause in the loan documents] risk having to ask the crossed lender after the fact under what circumstances the lender would be willing to release the first property. If there is no agreement ahead of time, the borrower runs the risk of being at the mercy of the lender, as the lender does not have an obligation to release its lien for less than what it is owed. 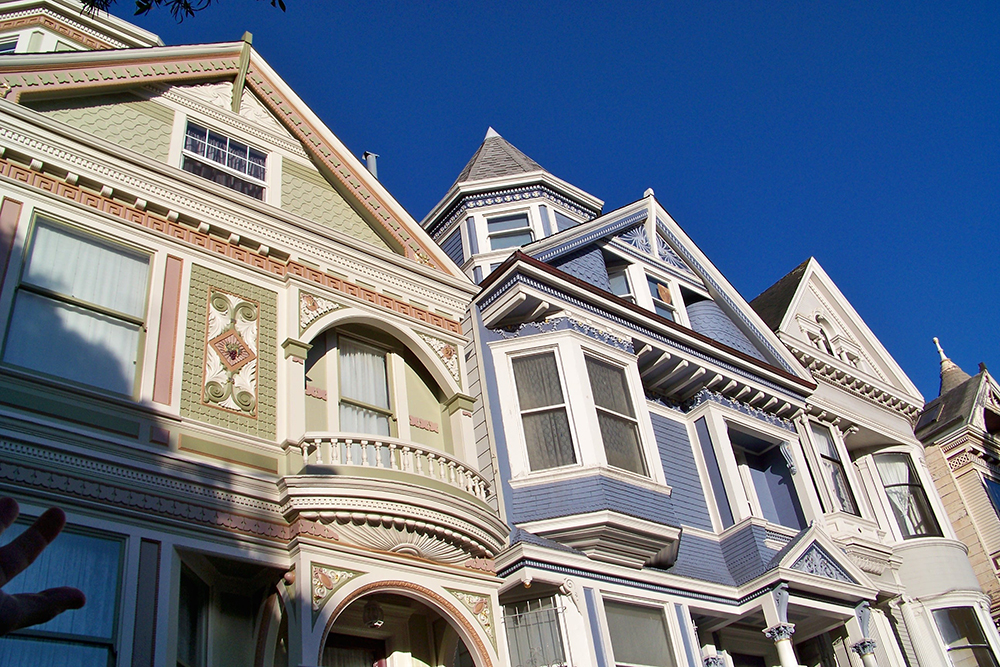 Many lenders may be willing to work out a reasonable amount for releasing either property, as it is in the lenders best interest to reduce the borrower’s default risk. Having more than one property as collateral sounds good in principle, but the added exposure of having a loan spread out amongst more than one property may not be worth the risk. Each situation will be different, but, as a general rule, it is more conservative from the lender’s viewpoint to have a low LTV on one property compared to having crossed on one or more additional properties that have a higher LTV. Additional costs of foreclosure, if needed on more than one property, as well as having to deal with an existing first mortgage [keeping them current, so that lender does not foreclose] may not be a desirable solution to protecting the lender’s interest.

This is the primary reason why typical banks do not usually cross collateralize their loans. Most banks do not like a lot of moving parts. They want to focus on one property and the risk associated with it.

Borrowers should make sure that the lender does not hold any of the borrower’s properties hostage and that release prices are set at a point where the borrower feel comfortable. 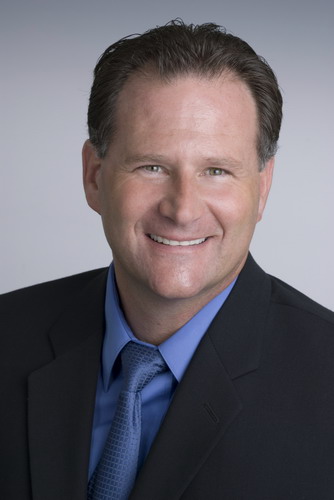 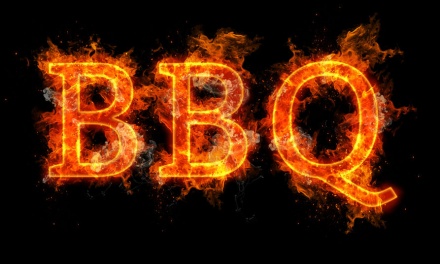 Get a Whiff of What Tim Herriage is Cooking Now. 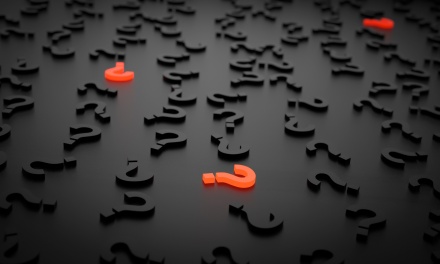 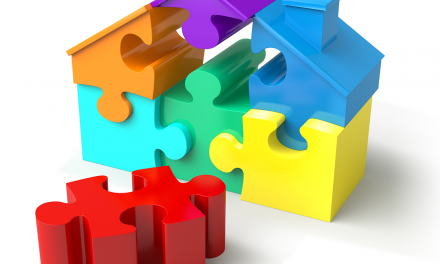 So… You Want to be a Real Estate Investor… 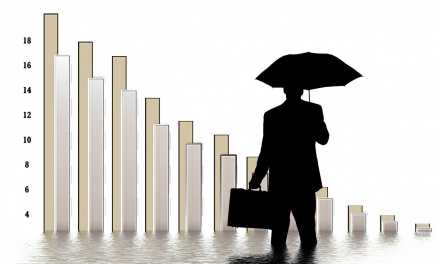 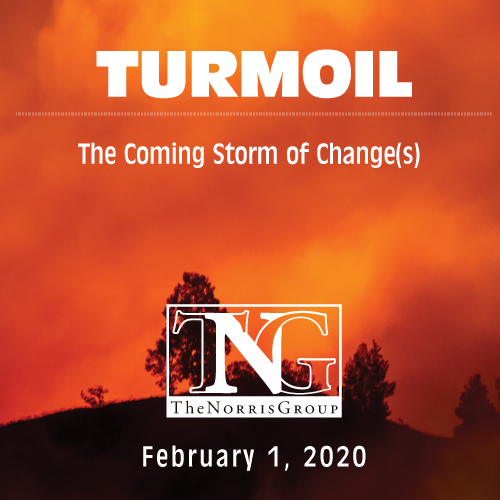 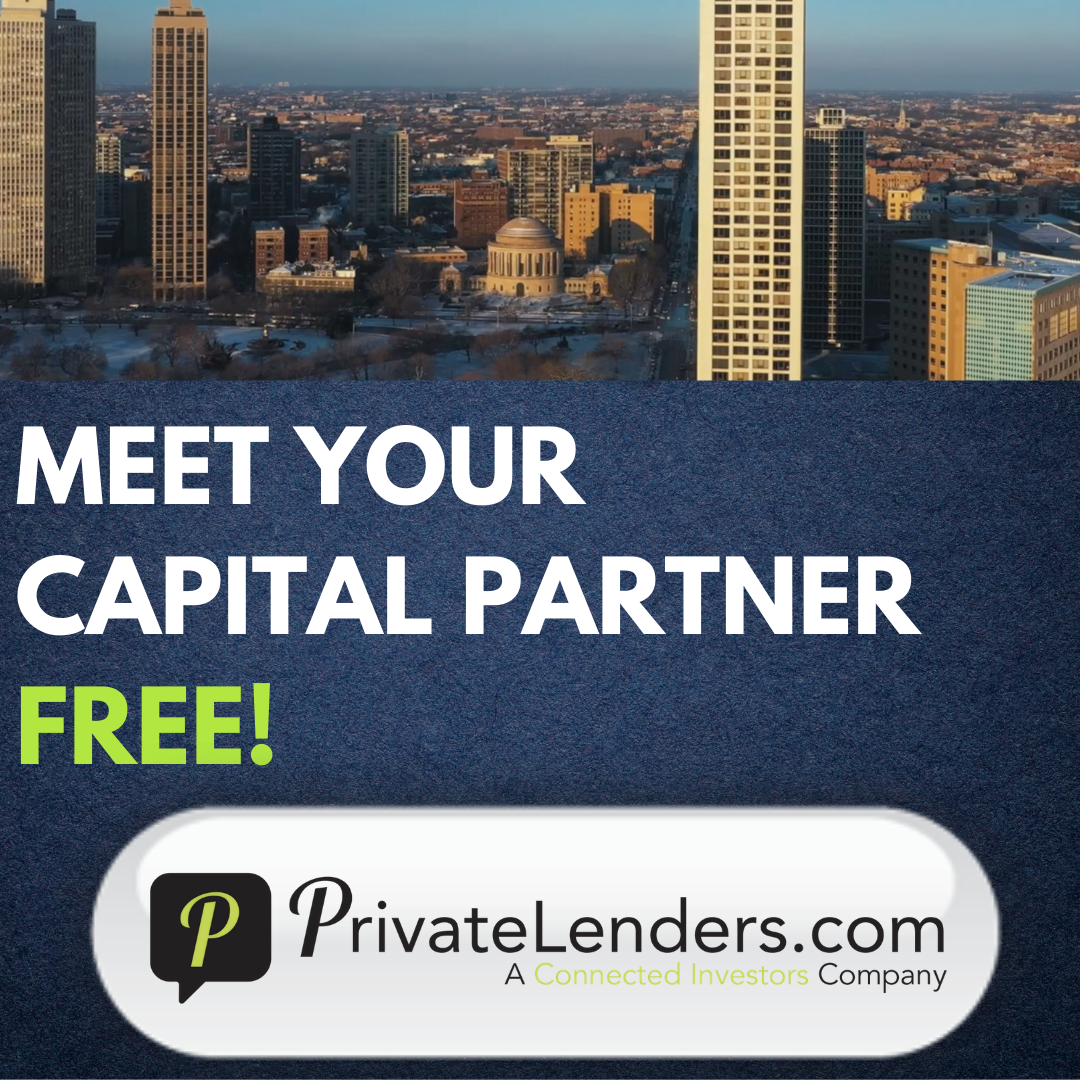 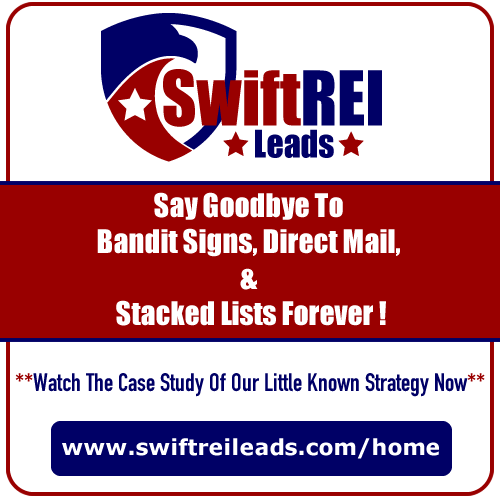 *billed at $27 per month, includes instant library access, plus benefits.

A 13-YEAR TRACK-RECORD OF SUCCESS.