Why the Public is Not Happy with Inflation! (Part 2) 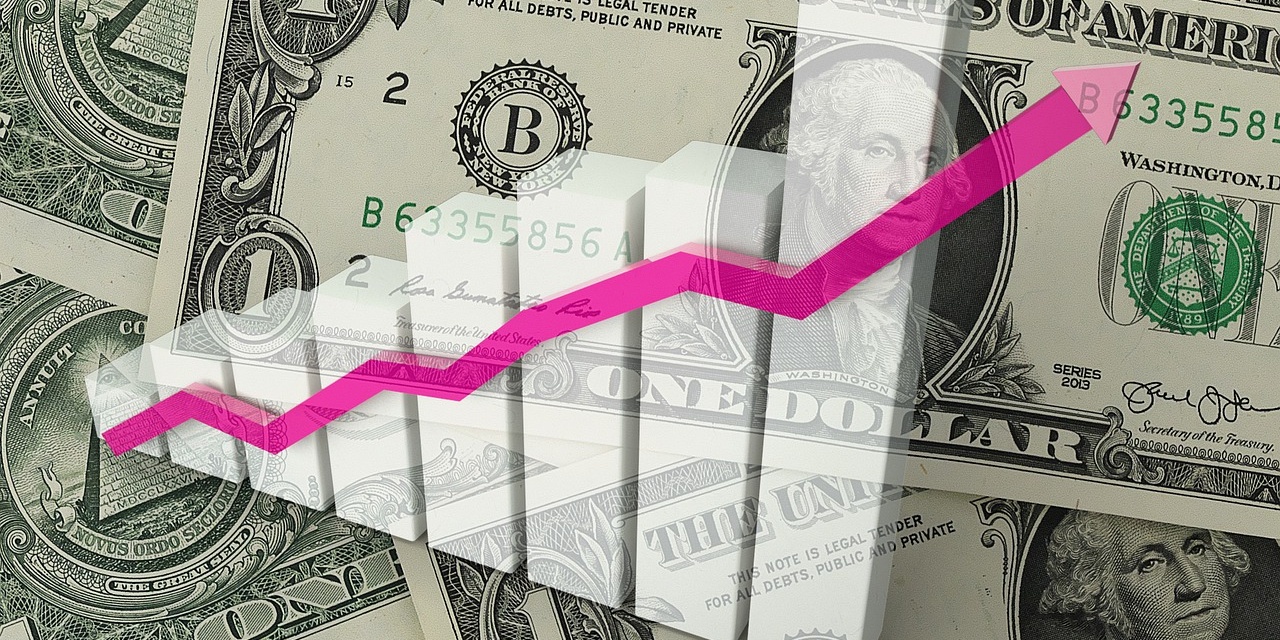 Consider the largest debt-bomb globally, the unfunded portion of social security, Medicare, Medicaid, Military, and public employee pension shortfall. This $150 to$200 trillion estimate does not show up on the government accounting books as a liability. Like a boiling pot of water, the debt simmers, soaking the working-class public through increased taxation, regulation, inflation, and reduced purchasing power (debasement). The retired public may or may not be aware that no trust funds exist because they have always received their checks.

These are loans to the government borrowed from the public that will never be paid back, except by a massive erosion of purchasing power of the dollar (debasement). The government understands that the nasty bogey called inflation will reduce the value of the debt.

The government leaders also encourage a massive influx of new legal and illegal foreigners, who are expected to pay taxes eventually. This is not an immediate solution since 63% to 70% of newly arrived illegal immigrants go on welfare or subsistence government transfer payments. Different articles and statistics differentiate between undocumented non-citizens, illegal immigrants, and non-citizens.

In 2019 Social Security and Medicare programs cost an estimated 8.8% of gross domestic product (GDP). GDP is approximately 22 trillion. 22 trillion times 8.8%= $1.936 trillion annual expenses. If you use $1.936 trillion divided by the number of retired of 70 million, then each retired person cost $27,657 each year. Social Security is about .6% to administrate and Medicare about 2%. Private insurers may spend between 12% to 18% on administration costs. End-of-life medical expenses may exceed $150,000 per retiree. About 2% of retirees, about 1.4 million die per year.

There are currently 10,000 people retiring each day, or 3,600,000 per year. If 3.6 million arrive on Social Security rolls and 1.4 million dies, then the net increase is 2.2 million added to the rolls. Each retiree will cost the public an estimated $28,000 per year, or an additional $61 billion per year on top of the $1.9 trillion current

In 2019 there were approximately 64 million retirees (pre-COVID). Adding 3.5 million per year over the next 10-15 years will result in 100 million retires who will expect financial support for retirement income and medical care. But that statistic is in a pre-Covid timeframe. With Covid, the propensity for retirement drastically changed.

COVID brought about a massive spike in retirement and social security application. The number of Social Security recipients skyrocketed. In 2019 there were about 64 million receiving Social Security benefits. In 2021 this number rose to 69.8 million or 70 million. — 70-64=6 million additional retirees in a matter of 2 years. The increased number, including 2022 retirees, will reflect close to a dramatic increase in retirees who apply and receive social security in just three years.

We are facing turbulent financial trade winds this year and next. Interest rates should rise to combat inflation. Wall Street, big banks, and large corporations will be beating the drums no to raise rates. Borrowing cheap money and leveraging investments is their mantra. With artificially low-interest rates projects, become profitable because borrowing is cheap. Valuations rise accordingly, even to irrational and exuberant levels. But the minute rates begin to rise, profits and irrationally high valuations evaporate and fall back to earth. Boom and bust cycles are not an inherent trait of capitalism but caused by central bank intervention.

Regardless of the conclusion, the Federal Reserve will be there with their trusty computers to readily inject many additional dollar digits (trillions) to continue the U.S. financial Ponzi scheme (spend now and expect someone in the future to repay).

Our economic entire system of governance requires a never-ending Ponzi strategy. Future taxpayers will always be necessary to pay for today’s government expenses. If future spenders have no money because of high taxes, excessive regulations, or refuse to buy stuff, the system will collapse.

The government and mainstream media propaganda machine will have public observers thinking that everything is rosy. The propaganda objective is to keep the population preoccupied with revolving crises designed to frighten them into compliance and submission.

All new fiat currency created by the government is designed to keep the population happy, the government in power, and the voting block reliable. The Ponzi system’s pursuit is conning the public into submission of a perpetual-motion downward economic quagmire. It’s truly a wonderful day in the neighborhood when the government-backed borrowed money flows freely, knowing that it will never be paid back. Of course, most beneficiaries of free-flowing borrowed funds are directed to (FOGS-friends of government.)

The U.S. tax base is not increasing much. Our GDP is about $21-22 trillion. Federal taxes collected appx $3.5 trillion. If we add all state and other forms of taxation, the total is about $5 trillion. The federal government spends close to twice as much as they take in, meaning a $2 to 3.5 trillion shortfall that must be borrowed.

The only viable solution that the U.S. Federal Reserve has is to keep creating fiat money to plug the financial drain dike. What used to be directly on the book’s debt under President Ronald Regan (1/20/1981 to 1/10/1989) of 2 trillion, which is now $30 trillion and will become $100 trillion in our lifetimes. Since that time, the U.S. has gone from the world’s largest international creditor to the world’s largest debtor nation.

The speed of issuing new currency into the system and the subsequent debasement of the dollar is accelerating into uncharted territory, more than any time in our adult life. There will be massive upward price pressure on all goods and services the public will be subjected to. Since inflation is caused by an increase in money supply relative to goods and services, the government’s propensity to print fiat currency is currently experiencing a more than a significant increase in the money supply. Never mind that there is a corresponding increase in national debt!

Government actions are always the root cause of inflation. There was no inflation in the American colonies because there was no mechanism to print fiat currency. Between 1775 and 1779, Congress issued $225 million in fiat Continentals (currency), a massive sum for the time. Subsequent inflation caused prices to rise years 1776=12.99%, 1777=21.84%, 1778=30.19%, 1779= -11.59%(minus). Any rational mind would think that our elite governing leaders would recognize that deficit spending feeds the inflation spiral and needs to be limited.

There has been ceaseless financialization and globalization over the past 50 years of the Federal Reserve, Wall Street, and mega-banks. By manipulating interest rates to near zero and investing in derivatives contracts, the insiders boosted their wealth upward to an unimaginable level, at least $50 trillion. Greed by beneficiaries of inflation, including the Central bank, Wall Street firms, megabanks, and large corporations, will work hard to keep the illusion going in their favor. Their savvy public relations people might object to the above statement.

The disparity is frightening. The wealthiest 10% has increased to at least 70% of all U.S. wealth applied to their asset ledgers. The bottom 50% held 2% of U.S. Wealth. They have now created the largest financial bubble since the 1680 tulip bubble.

Distortion of economic reality created by artificially low-interest rates is hard to comprehend because Wall Street and megabanks have such tight control on government actions. They might object to that statement for public posturing. Butwait, if the market crashes, the elites will merely ask the government to bail them again. Elite leaders in the executive branch of the U.S. government are handpicked from Wall Street firms, particularly Goldman Sachs, BlackRock, The Vanguard Group, and JPMorgan Chase & Co. BlackRock has $10 Trillion assets under management. Vanguard has $8.5 Trillion assets under management. The magnitude of these figures is staggering, considering the U.S. has a total GDP of $22 trillion. You can rest assured that the oligarchs in the U.S. have control over almost all actions of government. Money begets power. Money and power beget influence.

U.S. direct on the book’s debt will balloon to $50 to $100 trillion in the next meltdown. Some Wall Street firms, megabanks, and large corporations will become insolvent from derivatives losses. They will be bailed out, just like they were in 2007-8. Once the next bailout is complete, they will high-five each other and issue big payout bonuses for their hard work creating a colossal financial mess. Just as they did in the 2007-8 bailout, they will take a vacation for all their hard work driving their companies into insolvency. The public is provided little or no information on these bailouts. Only the governing elites have full knowledge.

The ongoing strategy will eventually crash. No one knows when the cows will come home, and the entire system collapses. But the Ponzi strategy has been systematically successful, with a few bumps for over 225 years. Ponzi is an investment swindle strategy. Current participants rely on existing occupants/taxpayers to pay the government the costs now with borrowed funds and expect future generations of occupants/taxpayers to repay the debt. Those new taxpayers can only be paid back by collecting additional funds from subsequent new occupants/ investors. This strategy is the same for Social Security.

The success of the future of your U.S. Ponzi assumes that the dollar will maintain the status of world reserve currency holder. If our leaders keep piss—g off world leaders en masse sooner or later, they will devise a mechanism to circumvent the dollar-based monetary system. Many of the strategies being followed by the current administration will cause the loss of world reserve currency holders. No one would be willing to buy our worthless treasury securities. Seventy-five years of dollar dominance would come to a suicidal end, and deficit spending financed by the other sovereign nations would stop.

Middle-class income earners and those who rely on retirement benefits may have limited ability to keep up with inflation. Living standards could collapse to those of third-world countries with visions of impoverished masses struggling to meet the most basic human needs (access to food, water, and shelter). With inflation, each year arrives with the reality that everything costs more, or dramatically more, to the point where most of the population will struggle to keep up or become stressed out debt-surfs.

Dan Harkey is a contributing author to Weekly Real Estate News and is a Business & Financial Consultant. He can be contacted at 949-533-8315 or [email protected]. 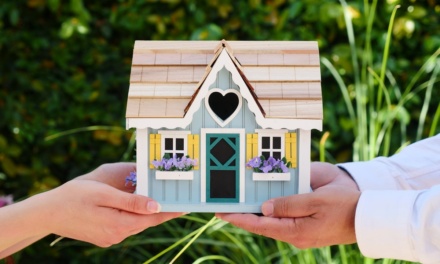 Cash-out mortgage refinancing: How it works and when it’s the right option 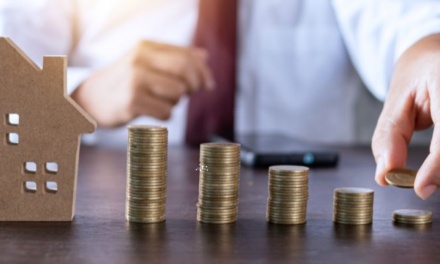 Make 2016 THE Year of Success – Special Invitation Just For You. 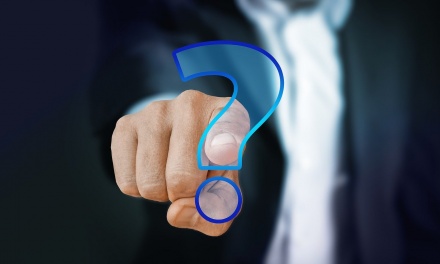 Wondering What to do NOW In Real Estate? (Part 1)